Chinese seal, calligraphy, painting and poetry are also called the four traditional Chinese arts, among which seal culture is the first of the four. Seal, it represents the right. The imperial seal of ancient emperors is the pioneer of jade seal. Seal also represents credit, a mark or proof of strength, a symbol of status, or the overflow of culture. 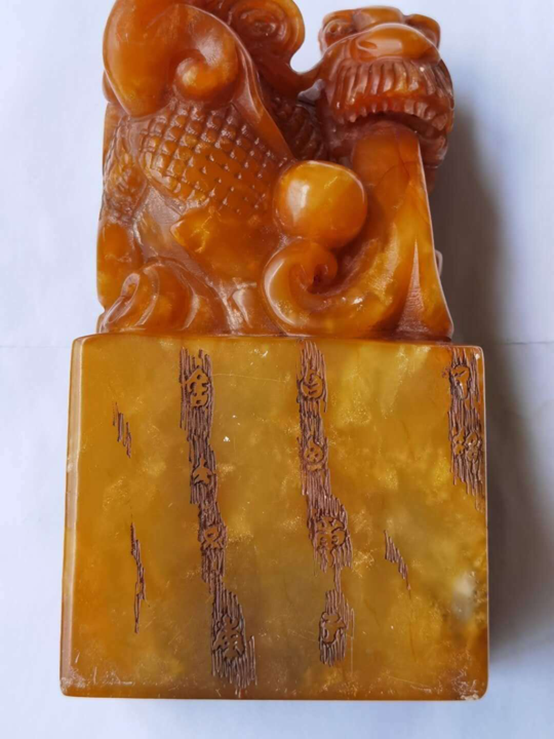 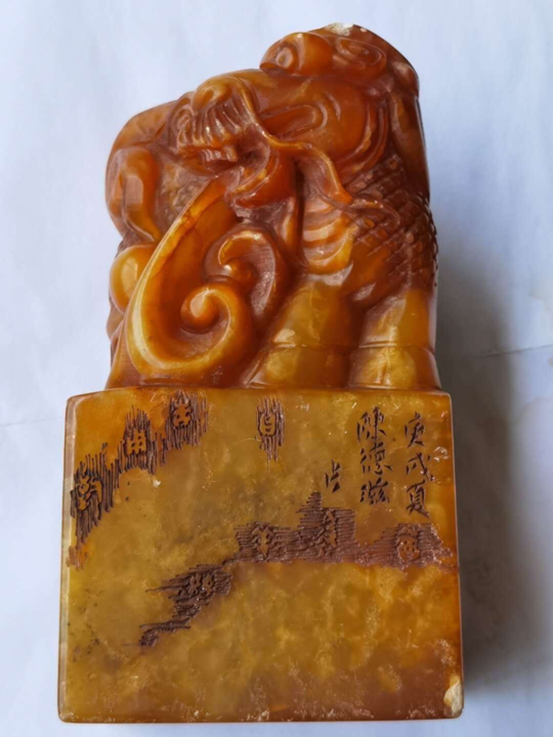 Tian Huang is a treasure of Shoushan Stone, and is known as "King of Stone". "Tian Huang" for short, is born under the paddy fields on both sides of "Shoushan Creek" in Shoushan Township, Fuzhou City, and is named after its yellow color. Excellent varieties of shoushan stone. Tian Huangshi in a narrow sense refers to "Tiankeng Stone", while Tian Huangshi in a broad sense refers to the general name of a class of Yin Zhangshi stone with the same chemical composition. Tian Huang was loved and regarded as a treasure by emperors in Qing Dynasty because of the yellow color used by the royal family. At the same time, he was highly respected by scholars and officials and nobles, and regarded as a treasure. Since the Qing Dynasty, Tian Huang has gained a great reputation, and its price is comparable to that of gold and jade. 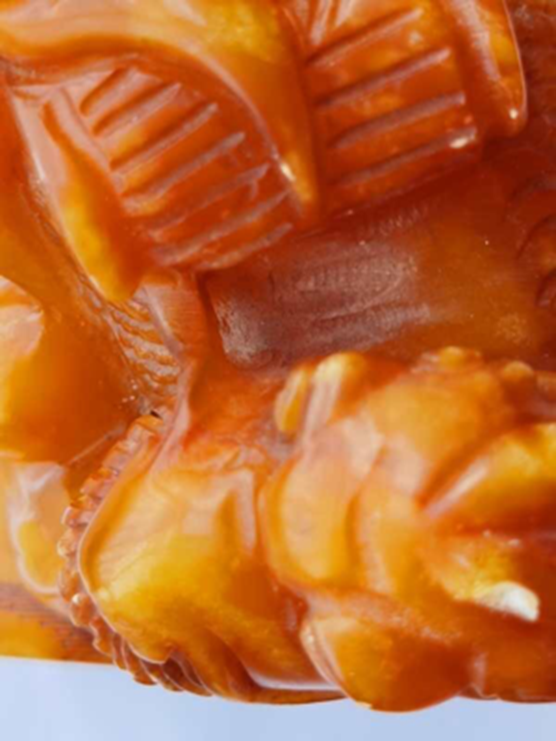 Tian Huang Shi Niu Seal: This Tian Huang Shi Niu Seal is made of expensive materials and weighs 2600g. Specifications: length, width and height: 8cm*8cm*15cm. Large in size, it is carved with the finest Tian Huang, with natural color and ripe chestnut color. The color is clean and elegant, and the surface layer is slightly yellow, which is even more ancient. The stone is greasy, warm and transparent in texture. The square chapter is exquisitely carved, and the India-New Zealand Shenshi adopts the round carving technique, and the knife method is used to see stiffness, roundness and brightness in delicacy. Round eyes, ruyi-shaped rhinoplasty, neat hair, mighty expression, looking back sideways, cute and lively modality makes people fondle admiringly. The delicate treatment in carving is particularly wonderful. Only by profound knife skills can we present the realm of "matching your heart with your hands and following your heart".

This seal of Tian Huang is Chen Dezi: Geng Xu Xia Engraving. The seal is engraved with the following words: Saving the cold is nothing like attaching importance to Qiu, and stopping slander is nothing like cultivating one's morality. A seal as large as this is generally used by officials and nobles. Chen Dezi was born in Houguan County during the reign of Qing Daoguang and Xianfeng. He is good at carving buttons with stone chapters, and is as good as Xue Wenzao in character and antique. 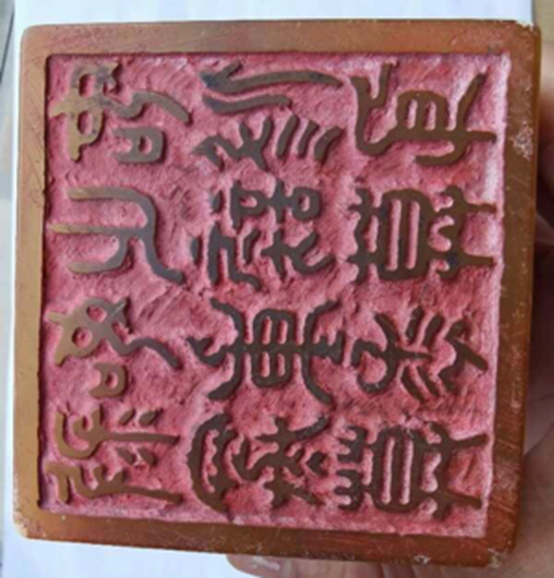 Tian Huang, a treasure in Shoushan Stone System, is known as the "King of Stones". With its warm and lovely color and fine texture, it has been regarded as "the king of Yin Shi" by Indians since Ming and Qing Dynasties. Tian Huangshi has been loved by collectors for hundreds of years. As the saying goes, "Gold is easy to get, but Tian Huang is hard to find". 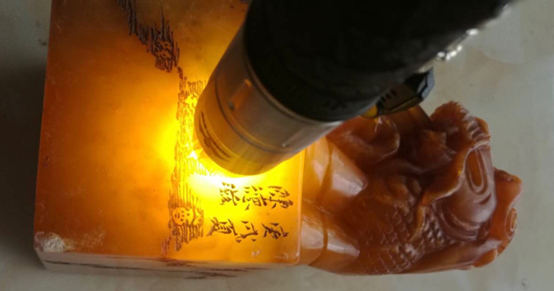 Nowadays, with the fiery art market and the subdivision of collectibles, the ancient art of Tian Huang seal and seal cutting is full of vitality, and its outstanding artistic value and appreciation potential should not be underestimated. Since 2012, the market situation of Tianhuang seal cutting plate has steadily increased, and its heavy artistic and humanistic value is gradually recognized as the main driving force for its growth. No matter auction house, collector or investor can ignore the competition for the top Tianhuangshi resources.